How To Catch An Unbroken Wave Video, Part 2

How To Catch An Unbroken Wave Video, Part 1

How To Catch An Unbroken Wave Video, Part 2 A surf clothing company in the late 80s had this advertising slogan ‘only a surfer knows the feeling’.  I was working in a sports store as the Saturday girl and there was a tiny rail of boardshorts and rashguards in the basement next to the scuba diving department.  There was something about that slogan on the clothes tags that captivated me.  I wanted to know what the feeling was.  However surfing wasn’t really accessible to me because I didn’t drive, surfboards were expensive, and I didn’t know anyone who did it (except for two boys in my year at school, but they were in the ‘cool gang’ and I was a dork and too intimidated to ask them).

Luckily a friend of mine lived right opposite the surfing beach and her dad used to surf, so the two of us used to take turns on his knackered, old board.  We didn’t have a clue about what we were doing, but it was absolutely exhilarating.  I have clear, vivid memories of my first rides on the unbroken waves.  It was thrilling and liberating and beautiful – all at the same time.  So I think that’s what the ‘feeling’ is that the slogan refers to.  Nothing beats the feeling of dropping in on a glassy, open wave face.

Anything worth achieving in life is hard work, and surfing the unbroken waves is no exception.  At Pura Vida Adventures we get a lot of beginners and we make them start out in the whitewater on a board which is much bigger than what they were expecting.  Beginners must pay their dues in the whitewater first.  But after 3 or 4 days in the whitewater you might be ready to move into the intermediate group and have a go on the unbroken waves.  This video is part 2 on this subject, and I made it to help students overcome the inevitable obstacles, and because I want other people to feel ‘the feeling’…

Here’s a recap of the main points in the video: 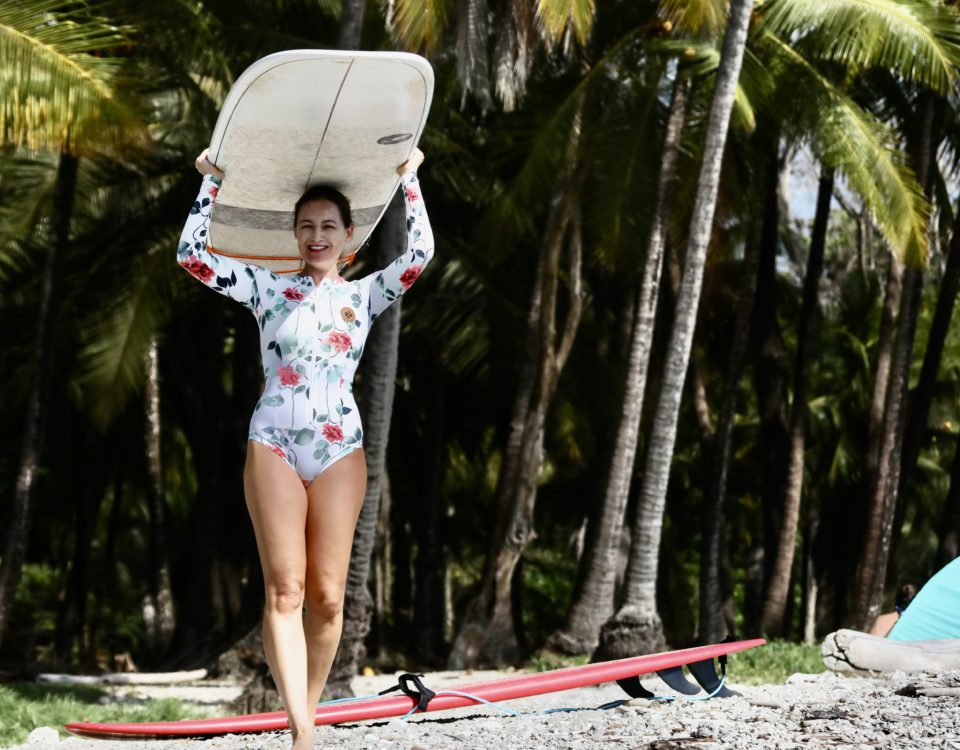